The One About Project Possible…

It all started with a cheerleader…

You might have heard of her. Kim Possible. Red head. Awesome moves. Knows sixteen different types of kung-fu. Did I mention she saves the world in her off time?

The animated series about her, “Disney’s Kim Possible,” aired on the Disney Channel in the U.S from 2002 through 2007. I watched with my daughters and became a fan myself, of the great writing and fun, buoyant style. It really was an action adventure series with great comedic moments.

Fast forward to 2011. In a moment of ill-advised judgment, I decided to try to put together a 10th-anniversary celebration event for Kim Possible. “Kimvention”went through its ups and downs, and we did eventually get about 40 people together in LA the following June, in time to celebrate the Kim’s 10th birthday.

Right around that time, I was contacted by a gentleman from Israel, who had found the program online, streamed all the episodes and had decided that wasn’t enough. He came to me looking fr people interesting in working on his proposal – create a fifth season, exactly as if Disney had renewed the program. We’d create scripts, storyboard it, have voice actors record it, and eventually animate it.

I liked the idea I came aboard… and Project Possible launched.

Over the past fifteen months, we’ve assemble a writing team, identified a slate of episodes, decided on a release model and set forth preparing things. I’ll admit, it hasn’t been the smoothest of processes at times – we could use more storyboard artists, for example – and we’re learning as we go along. But we have the inspiration of some of the original writers on the show, and we believe that we will bring the fans something unique – KP the way they remember her.

Our release model is unique. We present each episode in four stages:

Our goal is to complete at least Stage 3 on all episodes of Season 5 by the end of 2014. It is ambitious, but we believe it is possible.

On September 7, 2007, Kim Possible and her boyfriend drove off into the sunset.

On September 7, 2013,  after an absence of six years, I’m happy to say she’s back, still kicking butt, still taking names. Only now, she has a new address.

Of Dice and Men – Days after the Lowardian Invasion, Kim and Ron are back in action, this time chasing a new villain who seems to be able to anticipate her every move. How can Kim get ahead of someone who’s already one step ahead of her? 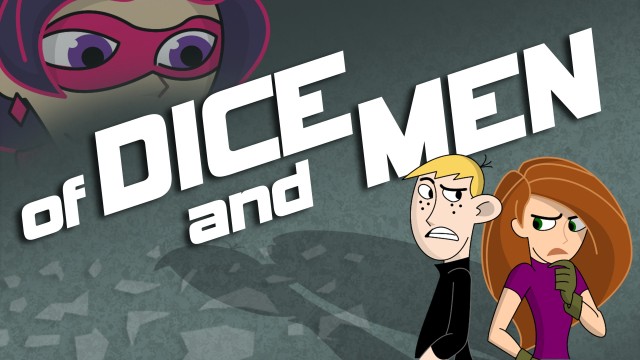 Knock Offs – Kim and Ron suddenly find themselves the hottest trends on the planet. Clothes, tours, action figures, toys – all of them centered around our heroes. At the same time, it looks like Drakken and Shego are going back to their old habits. Yes, it’s deja vu all over again – but something about it feels wrong, and Kim must find out how they’re connected before it’s too late.

Country Cousins – Kim and Ron are surprised when it turns out the villain on the case they are working is being pursued by her cousin, Joss, who’s decided to take up the job of “helpin’ folks who need helpin’.” Can Kim and Joss learn to put aside their differences and work together in time to catch the bad guy? 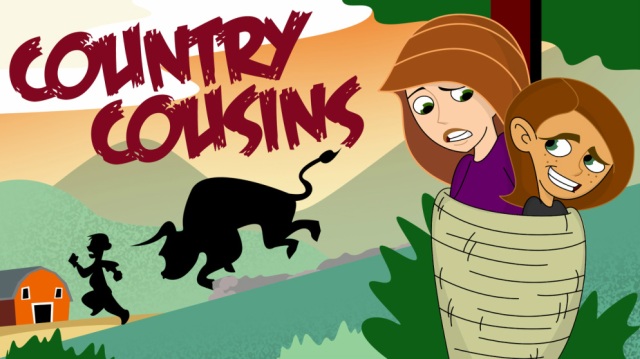 Future episodes will follow, once every three weeks. Expect to see visits from your favorite villains in the past, as well as some interesting new characters. And, of course, Kim and Ron are going to negotiate a brand new set of challenges. After all, high school was one thing. But college is whole different sitch.

We’re also recruiting voice talent now to start recording the audio tracks voice tracks for episodes.  We plan to start producing those within the next few weeks. If you are interested, you can audition here.

We’re also recruiting artists for the storyboarding and animatics.  A crowdfunding campaign is in the works. Even more goodness will follow.

All because one guy in an elevator turned to another and said “She can can do anything.”

We invite you to visit Project Possible.  See what we’ve accomplished so far. And follow us as we move forward into the future.

Project Possible. Same Team. New Sitches.
But Still… So Not the Drama.

D.G. Speirs is a storyteller, novelist and voice actor living in Florida. He keeps searching for better stories to tell, even if he has to make them up himself. His latest novel, THE AGENCY, is now available on Amazon.com.
View all posts by D. G. Speirs →
This entry was posted in Disney, Fiction, Writing and tagged animation, Arts, Disney Channel, Fans, Kim Possible, Project Possible, Soundtrack, Storyboard, The Walt Disney Company, Voice Acting. Bookmark the permalink.
Loading Comments...