The One About…Watch Me Pull A Reboot From My Hat

Words I really did not want to read in my email: 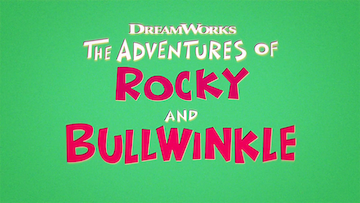 “…check out the reboot of the classic cartoon, The Adventures of Rocky and Bullwinkle, on Amazon Prime…”

Considering the mess DreamWorks made of another Jay Ward creation (“Peabody and Sherman”) a few years back, my fears for “Moose and Squirrel” cannot be good. So let’s go to the tape…

Look, I’m an old guy. As in, someone old enough to have watched the show when it first aired. I rode the wave of nostalgia with the release of VHS tapes by Disney (Buena Vista Home Video, collect them all!). So, yes, I understand the desire by the family of Jay Ward to keep the characters going.

But if you’re going to do it… do it right. Tara Strong may be the jack of all trades these days as a voice actor, but she’s a horrible voice match for the late June Foray. It’s not just distracting, it’s nails on a chalkboard bad.

This show was produced by DHX, the same folks behind My Little Pony. In their creative wisdom, they somehow made the connection between Jay Ward’s style with that of John Kricfalusi‎’s show from the early 90’s, “Ren and Stimpy.” It shows in the look, the writing, the attitude of the characters. Rocky is no longer just the earnest squirrel, he’s more flippant. Bullwinkle is snide instead of just random. There’s an undercurrent of “gotcha” to these characters that wasn’t there before.

Now, one can claim this is because times change, tastes change, and children demand edgier entertainment. But if we give children mean, we teach them that behavior. We always reap what we sow.

D.G. Speirs is a storyteller, novelist and voice actor living in central Florida. He keeps searching for better stories to tell, even if he has to make them up himself. His latest novel, THE AGENCY, is now available on Amazon.com.
View all posts by D. G. Speirs →
This entry was posted in Commentary and tagged Amazon Prime, DHX, Mistake, Rocky and Bullwinkle, Tara Strong, television. Bookmark the permalink.
%d bloggers like this: