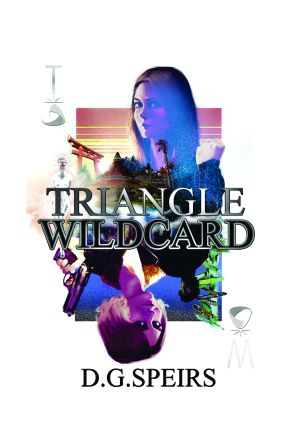 NOTE: Copies of this novel are available directly from the author. See bottom of the page for details.

Amy and Steve are Talents, enhanced humans with special abilities born of personal tragedy. They use these skills now as agents of TRIANGLE, a shadowy organization that works on the edges of society to keep humanity safe from dangerous technology and the people who would abuse it. Now, instead of the usual rogue scientists and political factions seeking new ways to terrorize and control a populace, they find themselves face to face with a different threat, one no one inside the agency has seemingly seen before. The message is to TRIANGLE is hidden inside a devastating terrorist attack, but the signs are there and unmistakable.

Someone has started to strike at the very heart of TRIANGLE itself.

Someone from its past.

Now Steve and Amy, joined by any old colleague of Steve’s whose trust they haven’t quite earned, must race around the globe in search of the mastermind behind the attack, even as they face deadly threats – one Steve is very familiar with…

And one Amy never dreamed she would ever meet.

Like the previous stories in the series (TRIANGLE: FALSE MIRROR and TRIANGLE: RESCUE), TRIANGLE: WILDCARD is a fun, high-speed thriller that jumps out of the headlines and chases the reader from Coronado to India, Kyoto to Key West, staying five minutes ahead into the future at a breathtaking pace.